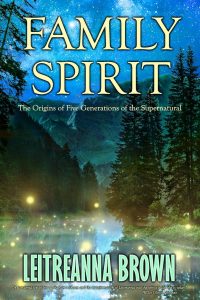 Who is well acquainted with ghost stories of the South as her family worked with many of these cases. Her writing has appeared in Paranormal Underground Magazine, Fate Magazine, and Senior Magazine.

Leitreanna Terry-Brown, daughter of the late Allen Terry of the Ross Allen Serpentarium and Judy Terry, filmed her first television commercial for Romper Room at the age of 4 years old. She traveled with her father and many other famous celebrities which included the likes of Rick Flair, Elvis Presley, Crystal Gayle, The Bee Gees, and many, many others.

Her Paranormal Experience extends back to her family roots for generations where Leitreanna is 4th generation Ghost Hunter. Leitreanna, her husband Matthew Brown, and her children Mia Brown and Elijah Brown, have various degrees of psychic abilities. Her husband, Matthew Brown’s specialty is analytical abilities and fierce technical experience. Matthew also lived in a very violently haunted home as a child and has had practical experience growing up dealing with spiritual activities that many people have never even seen.

Leitreanna is a registered Analytical Problem Solving Trainer, a Reiki Master, a Medical Qi Gong attunement 3, does crystal work, has studied chakra orientation, native American Folklore, and is a trained shaman. She is also approved by the church to conduct the rite of exorcism. She and her husband are Founders two paranormal groups. They are Founders of Paranormal Research Organization of the Southeast (PROS) where team members and family members participate in the investigations. They also founded Family Spirit which is an all family investigative team. The radio program that Leitreanna hosts shares the name, Family Spirit International, which has been running for twelve years and is currently on Dreagus Productions, JoshWho, 5 radio stations and also runs internationally. 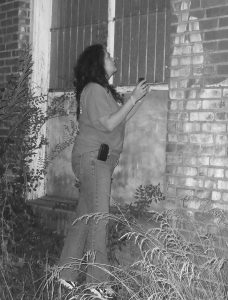 Some guests on Family Spirit include: 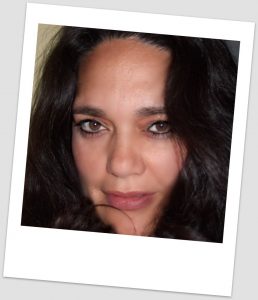 During her extensive travels, Leitreanna had the good fortune to investigate in various exciting locations including locations in Europe.  Being a Reiki Master (a student of 3 different types of energy studies), is an advantage that she uses extensively for paranormal studies and communication. Leitreanna is currently writing a book about extreme paranormal cases as well as ghost stories. She is also the webmaster of the PROS site.

Asst. Director – International Catholic Association of Exorcists  World Conference of Catholic Bishops – Secretariat to The United Nations, Leitreanna works to serve as a Exorcist and researcher to help clients and their families solve extreme hauntings by staying devoted to a case until resolution.

Leitreanna has also been a spokes model for Pepsi, Matilda Bay, Black Velvet, Miss English Leather, and Michelin.  She was the official emcee for the Belle Chere Pageants and Balloon Races in Asheville, NC.  She has also served as a Queen for Miss Cover Girl, Miss Savannah River, and has held over 250 crowns.  Leitreanna did her first television commercials as a 4 year old toddler for Romper Room and has been in various commercials, television spots, and magazines throughout her life.  She is the hostess of Family Spirit on World TV, Google TV and Alpha Omega Films & TV.

Recently, Leitreanna filmed with My Ghost Story and the segment will be featured in the Spring opening top two shows of the 2013 season.  She has also been featured on the cover of Paranormal Underground Magazine and articles in Examiner magazine.  She has also been guest speaker on over 24 radio shows.  Leitreanna is currently serving as a booking agent and event planner for Haunted Entertainment.